From Jan 2019, hundreds of maps for tabletop roleplaying from 0ONE GAMES

DUNGEON UNDER THE MOUNTAIN (all of it!) and much more 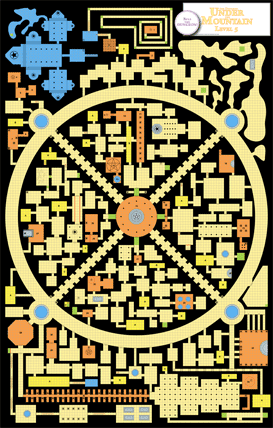 This January 2019 revival once again gives you hundreds of colorful non-watermarked, DRM-free interactive .PDF maps and encounters from 0one Games suitable for any under-mountain dungeon-crawling campaign 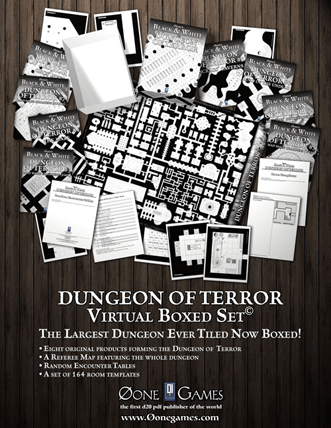 The DUNGEON OF TERROR VIRTUAL BOXED SET has dozens of interactive black-and-white room maps that let you turn the grid on or off, show or hide doors and furniture, orient the compass rose, and make many other customizations 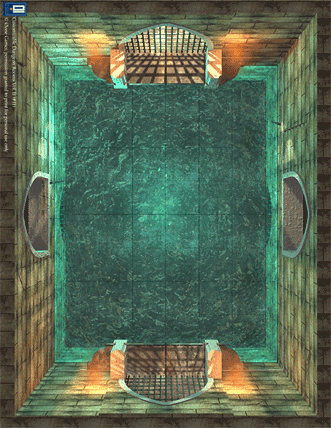 The CUSTOMIZABLE BATTLEMAPS and other interactive .PDFs let you easily create your own full-color, professional-quality room maps for miniatures-based exploration and combat Dungeoneer! We've resurrected our January 2019 0one Dungeons Bundle with hundreds of versatile .PDF maps from 0one Games to launch your under-mountain tabletop roleplaying dungeon campaign. These interactive .PDFs let you turn the grids (both square and hexagonal) on and off, show or hide room numbers, show walls as outlines or filled, show or hide doors and furniture, orient the compass rose, change print options, and make many other customizations, depending on the map.

For just US$9.95 you get all thirteen map sets in this revived offer's Starter Collection (retail value $44) as DRM-free ebooks, including nine complete levels of the sprawling Dungeon Under the Mountain; the vast Dungeon of Terror Virtual Boxed Set; and three sets of Megadungeons Blueprints: Archlich's Lair, Palace of the Vampire Queen, and The Undercity. And if you pay more than the threshold price of $20.94, you'll level up and also get this revival's entire Bonus Collection with seventeen more map sets worth an additional $52.50, including the Dungeon Under the Mountain Level 10 Virtual Boxed Set; 13 customizable Rooms & Encounters (travel The Fungal Corridor to the Desecrated Temple to meet Gormoth the Ever-Hungry); The Forgotten Level (under-mountain areas reachable only by teleportation); and two sets of Customizable Battlemaps: Dungeon Rooms that let you make your own scenes for miniatures combat.

Note: The interactive features in these .PDFs require the free Adobe Reader. Some of these files may not display properly in other readers.

Learn more about our offers at our official blog, Beyond the Bundle, and at the r/bundleofholding subreddit.

Looting dungeons for a good cause

Ten percent of your payment (after gateway fees) will be donated to this 0one Dungeons offer's pandemic-related charity, Direct Relief. Direct Relief sends protective gear and critical care medications to health workers, with emergency deliveries to medical facilities across the US and Canada and to regional response agencies around the world. 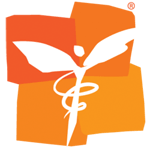 Pay the minimum price to get these titles: 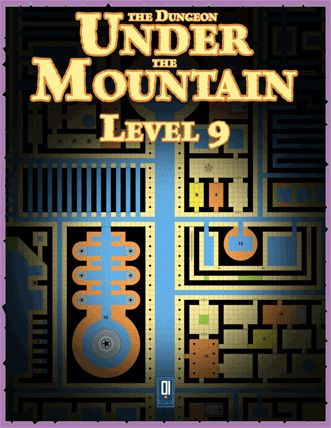 Dungeon Under the Mountain Levels 1-9

One of the largest dungeons ever mapped
DETAILS 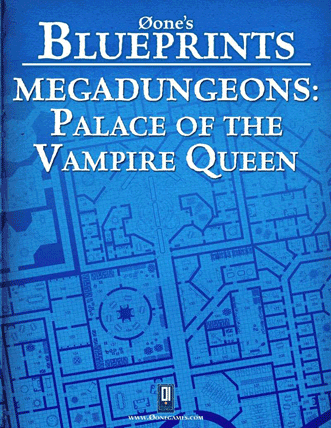 Palace of the Vampire Queen - The Undercity - Archlich Lair
DETAILS

Beat the threshold price to LEVEL UP and ALSO get this entire collection of BONUS titles: 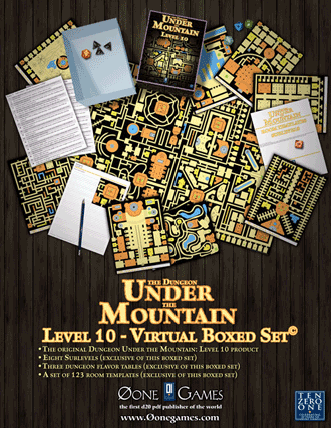 Descend to a new low
DETAILS 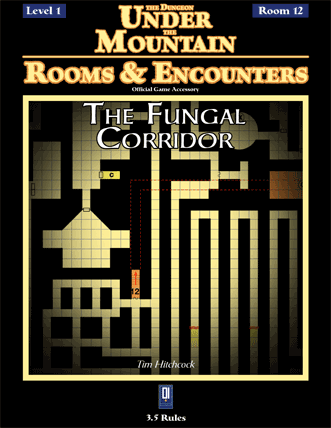 13 Rooms Under the Mountain

Expand and customize the Dungeon Under the Mountain
DETAILS 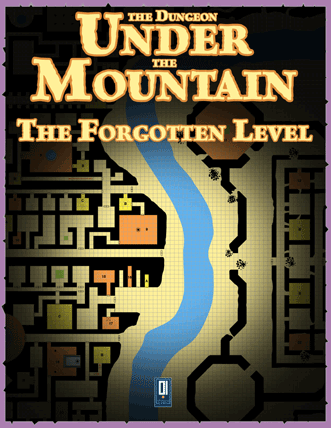 Debuting in this offer and not yet available anywhere else
DETAILS 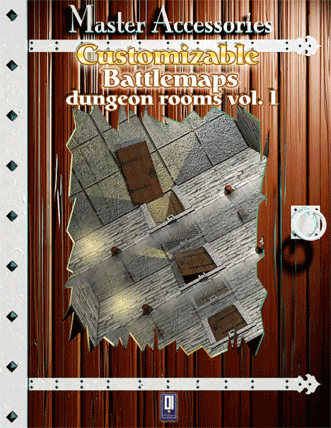 ...But you pay just $9.95 for this revived January 2019 offer's Starter Collection of thirteen complete dungeon map .PDFs, including nine sets of Dungeon Under the Mountain levels (each a huge eight-sheet poster map), hundreds of black-and-white maps in the Dungeon of Terror collection, and three "small" megadungeons (only six maps apiece). And if you pay more than the current threshold price ($20.94), you'll level up and also receive all seventeen gorgeous color maps and encounters in this revival's Bonus Collection, including the tenth level of the Dungeon Under the Mountain (as big as all the rest put together), two Customizable Battlemaps sets, 13 Rooms & Encounters sets that let you interactively scale their challenge to match your players, and the Forgotten Level.

The features in these state-of-the-art interactive .PDFs require the free Adobe Reader. Some of these files may not display properly in other readers.

Bundle of Holding titles are always absolutely free of DRM, so you can move and copy them freely among all your devices.

Here's what others have paid for our bundle

To keep the starting threshold price from rising too quickly, we calculated it based on 400 fake sales at $19.95 each.

LEADING DUNGEONEERS: Our most generous customers

How to instantly get your 0one Dungeons Bundle:

Lead others into these 0one Dungeons

Dungeon Under the Mountain Levels 1-9

The Dungeon Under the Mountain is a massive dungeon complex extending endlessly below the ground. In a remote past, ancient evil beings dwelled in the area. Now their mysterious heirs have seized the dungeon, and many known villains have established their strongholds here. Danger and treasure make this dungeon the most prized adventure ground in the world. Dozens of self-styled heroes have never returned from the Dungeon Under the Mountain.

An old-school mammoth dungeon you can locate anywhere in your campaign world, the Dungeon Under the Mountain series has many uses. Each level contains hundreds of rooms ready to be filled with the critters of your choice and the devious traps you prefer. The dungeon has suggested key areas, but using the "Rule the Dungeon" interactive features, you can alter the map to your needs. Print a blank player handout -- or just the key areas, with numbers or without -- or scale the rooms larger or smaller.

Each 13-page file (retail price $2 apiece) provides one king-size 22"x34" color map, plus the same map divided into eight US letter-size sheets. Print the whole map as a poster (through a print server) or print single pieces and tape them together. The maps are vector-based, so you could even print every single room in battlemap scale, without loss of resolution, for use with miniatures. The Dungeon of Terror Virtual Boxed Set encompasses 164 rooms in eight different zones, presented as 225 customizable black-and-white .PDF tiles. Play Dungeon of Terror as a whole dungeon, or extract your favorite rooms or encounter areas to suit your campaign. Print all 445 pages as a massive 120"x150" dungeon to play an extended dungeon crawl -- really, really extended. These three six-map dungeons (25 pages each, retail price $2 each) have "Rule the Dungeon" interactive features that let you print a square or hex grid (or no grid), choose whether individual features are visible, orient the North compass rose (or omit it), and print in blue or black ink. A master control panel lets you adjust all the maps in a set at the same time.

Palace of the Vampire Queen: Far underground lies a giant structure made of black weathered stone as ancient as the world. Inside, the vampire queen plots against her enemies and devises world-shaking schemes. The palace is divided into six areas: The Ancients, Royal Quarters, Nobles Quarters, Familiars Quarters, Servants Quarters, and Detention Area.

The Undercity: The city sewers are dotted with secret passages leading to dark areas of the infamous Undercity, a vast labyrinth unknown to most of the citizens above. The six maps of this megadungeon: Thieves' Guild, Underground Channel, Palace of the Slave Lord, Homeless' Camp, Smuggler's Port, and Ruined Temple.

Archlich's Lair: Evil wizard Xayomm studied for decades in his lair next to a small mining town. A group of brave adventurers discovered his plans and fought him, but too late: Xayomm defeated the party and turned into a mighty undead. His undead minions stormed the town, seizing the whole area as his domain. Today the town is a ghost town, and no one dares to enter the Archlich's Lair. The six maps of this megadungeon are Ghost Town, Abandoned Mines, Hobgoblin Lair, Archlich Laboratory, Phylactery Vault, and The Playground. Dungeon Under the Mountain Level 10 details the lowest and largest labyrinth yet discovered under the mountain. In addition to a colossal labyrinth that continues the labyrinth in the first nine DUtM sets (in this offer's Starter Collection), this deluxe "virtual boxed set" edition adds new .PDFs of eight thematic sublevels (Grotto, Temple, Catacombs, Jail, Court, Garden, Dock, and Maze), three tables of random atmospheric details, and 123 room templates. 13 Rooms Under the Mountain

These thirteen map sets each add one room or one dungeon-based encounter to the Dungeon Under the Mountain maps or to any existing dungeon. Each encounter has three pre-defined challenge levels (low, medium, high) based on the OGL rules set. Click the "Rule the Dungeon" button, choose the threat level you want, and all the text changes automatically -- monsters scale, traps change, and the villain behaves accordingly. You can adjust these threats for the entire encounter or per-paragraph. Each encounter lets you enter your own notes, then saves them automatically.

The Corrupted Nursery The Crucifixion Chamber, The Crypt of the Plague-Bringers, Desecrated Temple, The Fungal Corridor, Gormoth the Ever-Hungry, The Hall of Bedlam, The Living Tomb, Midnight Theatre, Pillars of Salt, The Plunderers, Shrine of the Sisterhood, and The Sinister Vault copyright © 2005-2008 0one Roleplaying Games.

Dungeon Under the Mountain - The Forgotten Level explores still further reaches of the colossal labyrinth. No one knows where the Forgotten Level is located. It can be reached only by teleports. Some adventurers report a special rune is engraved near the teleport areas that lead to the Forgotten Level. The level itself features a large cluster of dungeon rooms plus a massive underground castle, now in ruin. It is said the castle was built by a mad mage, now disappeared. Dungeon Under the Mountain - The Forgotten Level copyright © 2019 0one Roleplaying Games.

Create superbly rendered maps for miniatures-based explorations and combat. These two sets of Customizable Battlemaps let you tailor gorgeous full-color dungeon rooms the way you want: Present a temple intact or desecrated -- add a trap under the staircase -- hide new surprises in a room the party has already visited. Want the door opened -- or shattered? Click, done.

Each map has four built-in presets (complete, empty, plundered, etc.) and a control sheet that lets you see your changes in real time. With a few clicks on the intuitive interface you can modify objects, doors, even the lighting of the room (standard, low, spotlight). Store custom presets with your own title and notes. Print in color or black-and-white with a single click -- and done!