EVERYTHING YOU NEED to get started with ARC DREAM's standalone RPG 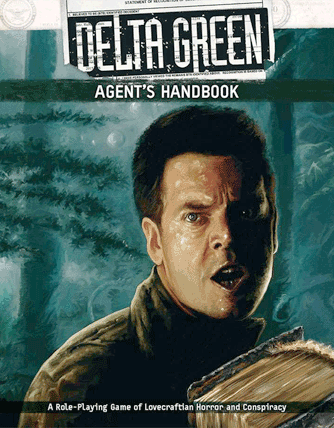 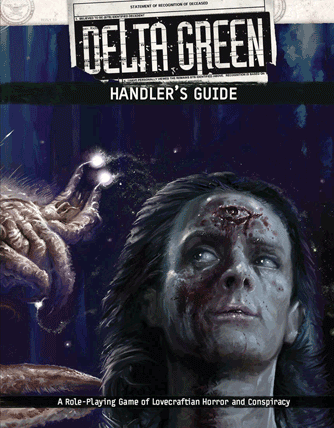 Originally a campaign supplement for CALL OF CTHULHU, now DELTA GREEN is a standalone RPG -- and this bargain-priced offer gives you both rulebooks, pregenerated agents, and the Handler Screen, all as non-watermarked, DRM-free .PDF ebooks 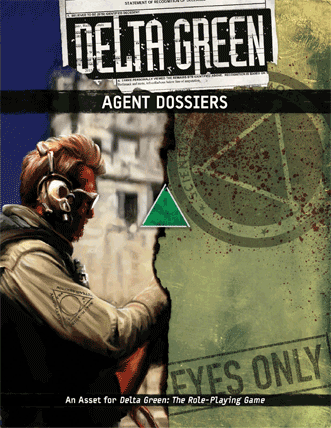 Agent! This Delta Green RPG Starter Pack features Arc Dream Publishing's tabletop roleplaying game of modern-day Cthulhu Mythos conspiracy-horror, Delta Green. In both its original version as a Call of Cthulhu campaign setting and in this new standalone incarnation funded in a September 2015 Kickstarter campaign, DG's compelling mix of conspiracies, UFOs, intelligence tactics, and Lovecraftian terror has brought it unsurpassed praise. This Starter Pack gives you DRM-free, non-watermarked .PDFs of the Delta Green Agent's Handbook and Handler's Guide rulebooks, the pregenerated characters in the Agent Dossiers, and the Handler's Screen (total retail value US) for just $49.95.

Arc Dream publisher Shane Ivey's Delta Green RPG sales pitch: "Spring a fun surprise on your players where, instead of playing magic-action superheroes with swords, they play broken-down federal agents crying in a rented storage locker until the hungry shadows find them."

The player's rulebook for modern-day Lovecraftian horror and conspiracy
DETAILS 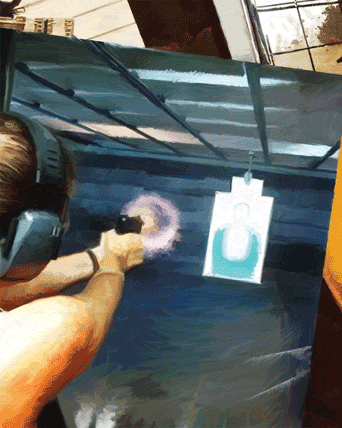 How to instantly get your Delta Green RPG Starter Pack:

Report to all operatives about the Delta Green RPG

Born of the U.S. government's 1928 raid on the degenerate coastal town of Innsmouth, Massachusetts, the covert agency known as Delta Green spent four decades opposing the forces of darkness with honor, but without glory. Stripped of sanction after a disastrous 1969 operation in Cambodia, Delta Green's leaders made a secret pact: to continue their work without authority, without support, and without fear. Delta Green agents slip through the system, manipulating the federal bureaucracy while pushing the darkness back for another day -- but often at a shattering personal cost.

In Delta Green: The Role-Playing Game, you are one of those agents. You're the one they call when unnatural horrors seep into the world. You fight to keep cosmic evil from claiming human lives and sanity. You conspire to cover it up so no one else sees what you've seen -- or learns the terrible truths you've discovered.

Learn much more at delta-green.com. Presented with these play aids:

Need to Know: These free quickstart rules include the introductory operation "Last Things Last." A long-retired agent died four days ago. Delta Green has tasked your team to make sure he didn't leave behind any deadly secrets. (Gold ENnie Award for Best Free Game 2016.)

This 370-age full-color volume is filled with deep resources just for the Delta Green RPG gamemaster:

Agent Dossiers collects 41 pre-written character sheets, one for every profession described in the Agent's Handbook of Delta Green: The Role-Playing Game, plus all the professions added in The Complex. Each two-page sheet lists that profession's recommended statistics, skills, bonus skill options, core functions, and specialized gear. Just fill in your Agent's name, the names of your Bonds, and your motivations, and you're ready to play. Or if you want to customize your character, every detail is editable.

Agent Dossiers copyright © 2018 Christopher Gunning. The intellectual property known as "Delta Green" is trademarked and copyrighted by The Delta Green Partnership, which has licensed its use in this volume. Delta Green was created by Dennis Detwiller, Adam Scott Glancy, and John Scott Tynes.